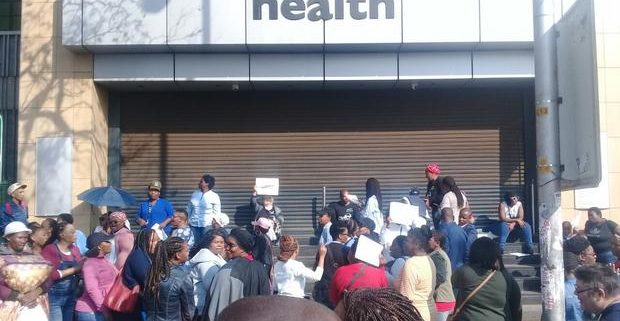 The Citizen reports that the Department of Health (DOH) is planning to appeal the prohibition notice that led to its Pretoria head office being shut for being “unsafe and unhealthy”.

For the past seven months, the DOH’s staff have refused going to work in the 29-storey Civitas Building in the Pretoria CBD, saying the property, which also houses Health Minister Aaron Motsoaledi’s office, was not health-compliant.  Workers complained of constant headaches, shortness of breath and severe sinusitis because “the building had no windows, had poor air circulation and dirty carpets”.  They also claimed its fire-fighting systems malfunctioned.  Following an assessment, the Department of Labour’s (DOL’s) inspector-general last Thursday declared Civitas Building, which is leased by the Department of Public Works, noncompliant.  This was after the Labour Court referred the department and its employees to the DOL last month, stating that it did not have jurisdiction over the matter.  Staff, including members of National Education, Health and Allied Workers’ Union (Nehawu) and the Public Servants Association, celebrated their victory outside the building on Tuesday.  The DOH’s deputy director-general for corporate services Valerie Rennie said they would notify staff when they could return to work.

Announcement from the HPCSA
Scroll to top